Do you have a large space (called a diastema) between your front teeth? Do you know that sometimes a diastema is caused by a large low attached frenum? Some patients decide to request a frenectomy to correct a gap in their teeth.

Everyone has attachments of tissue that hold our lips to our gums called frenums. Sometimes if those frenums are very large and/or they attach low it can actually protrude into the space where our teeth should be, causing a gap between the front teeth. The most common area we see tooth gaps are the front two teeth (think Madonna). These gaps can create a lot of character with your smile. Heck! I would trade places with Madonna for a day!

My daughter on the other hand did not appreciate the character of having a gap between her two front teeth. Once her baby teeth erupted, I noticed large spaces between all of them. It seemed alarming but spaces between baby teeth (primary dentition) are often a positive sign that once adult teeth (permanent dentition) erupt there will be enough space for the much larger teeth to ideally fall into place. I waited patiently for the eruption of her permanent dentition and still noticed a large space between her front teeth. 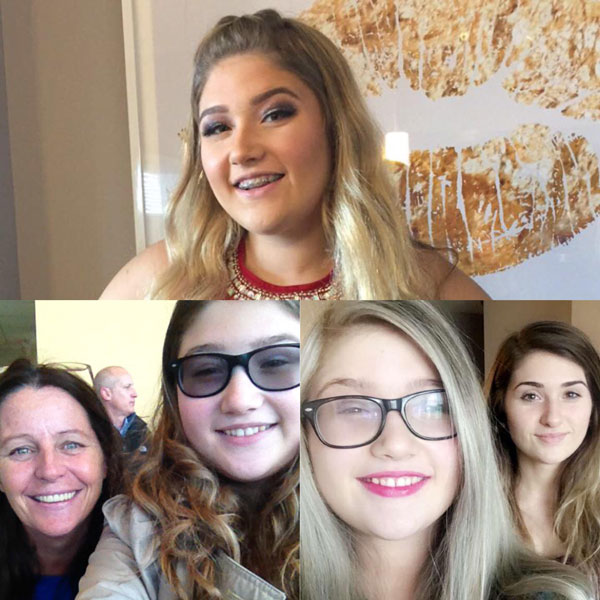 Although cute and with character (maybe mom bias) my daughter wanted a straight smile without any spaces between her teeth. In her case she had a large frenum attached low on her gum between her front teeth. So we started to discuss the possibility of a frenectomy.

Her large frenum was not only hindering the orthodontist from being able to close her two front teeth together, it was causing her gums to actually recede (move away from the tooth altogether) and become inflamed. That’s right, gum irritation and inflammation can be another association with these large frenums.

Another common problem with misplaced or large frenums is something called “tongue-tied.” In the dental world it’s called ankyloglossia. That’s where the frenum under your tongue is holding or tying your tongue down to the floor of your mouth making speech and cleansing difficult.

Newborns with this problem often have trouble suckling, which makes malnutrition a risk. Luckily for our patients, Dr. Schumacher and Dr. Bauer are experts at painlessly removing these frenums with a quick technique using a prolific laser called a frenectomy.

A frenectomy is quick, the patient has little to no down time and no recovery period. Each of our doctors has performed a number of frenectomies for various reasons, be it for oral cleansing, suckling, or to create a beautiful even smile within spaces.

We’re featuring stories and suggestions from the team members at Schumacher & Bauer, DDS in our new monthly blog series. You can view all posts in this series here.

About the Author: Kim Jones

Kim Jones has been with Schumacher & Bauer, DDS for almost 8 years, and she loves working with patients because they are like family. Kim is happily married to her husband Eric, and they have 3 daughters, and the family loves spending time together at the beach. Connect with Kim